SISSONS TAKES ON PIONEER BUT HAS EYES FIRMLY FIXED ON TOKYO 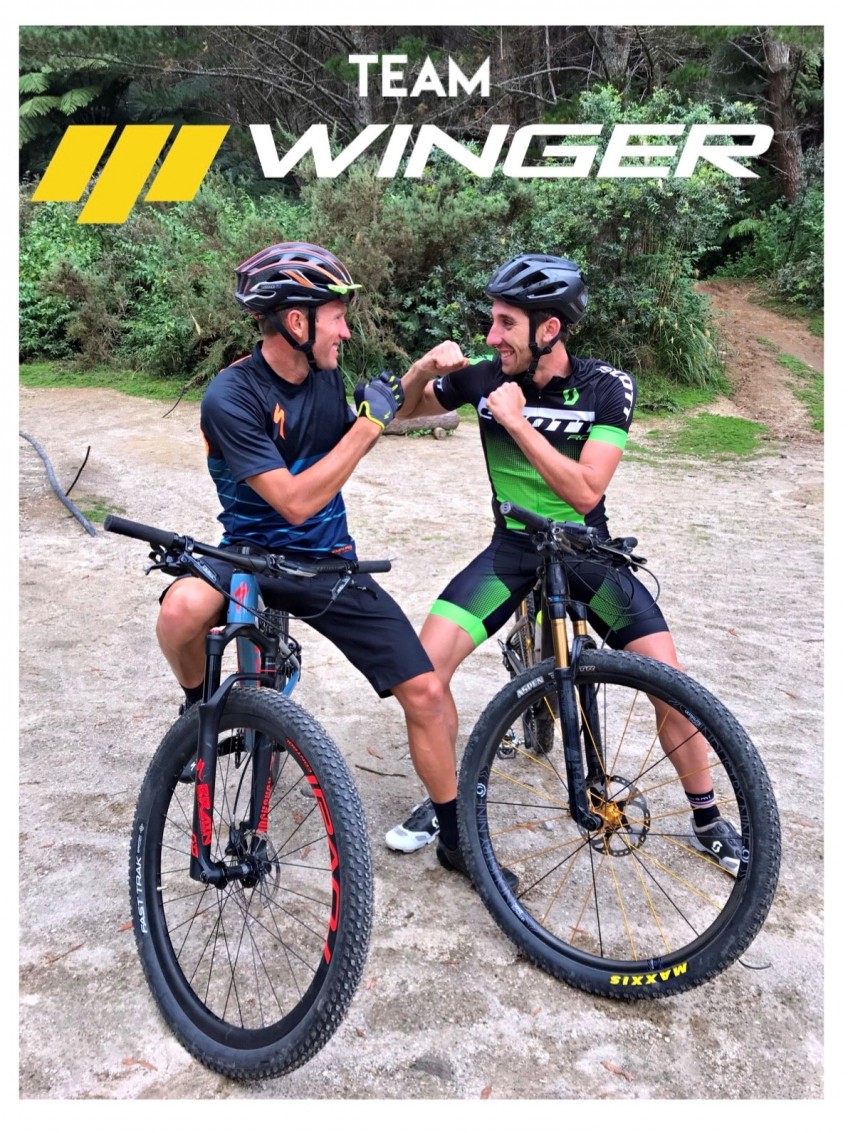 ITU triathlete and Rio Olympian Ryan Sissons will partner with XTERRA expert Sam Osborne at the upcoming Pioneer, Fuelled by Nutri-Grain, with the pair nervously welcoming the toughness of the six-day mountain bike stage race.

For Sissons the ride through the Southern Alps and Central Otago is a chance to put a disappointing year behind him, one that saw him return from a stress fracture in 2018 only to endure a bike crash and suffer a serious stomach infection that laid him low for 8 weeks, wrecking his season.

“We both don’t really know what to expect apart from the fact we both know it’s going to be a brutal six days on the bike! We know each other well and I think we complement each other well. It’s also great to have Sam riding with me as he has a lot more mountain bike knowledge than me and no doubt that will come in handy.
Osborne is also wary of the event’s reputation but admits that is part of the appeal for the Team Winger Hamilton combination.

“I have heard many stories about the race. It is brutally hard but so epic, I think that’s the appeal of it to us. It’s a bucket list race for me and everyone I’ve spoken to that’s done it shares that opinion. The excitement is about the unknown, we are heading into the most epic mountain bike race, and we are essentially blind about it, it is going to be awesome.

“I have to admit I haven’t looked too much past the first four days, I got scared by the elevation profile and just thought I will cross those days when we come to them!”

And that is saying something coming from Osborne who has clearly had his best year on the XTERRA circuit.

“My year has been incredibly successful, the most consistent I have been across a year which is always what you strive for in a season. I won the Pan American Champs, won five races out of six starts in the Pan-Am Tour and was fourth at the XTERRA World Champs.

“I’ve definitely transitioned permanently across to the dirt and enjoy the fact that the sport is still swim/bike/run but there’s also a massive skill component to it.”

And while Sissons reputation might be that of a clean-cut lycra-clad triathlete with eyes only for the sealed roads, Osborne points out that after a less that impressive first showing on the mountain bike, his good mate is fast showing ability in the dirt and should not be underestimated.

“My transition was relatively easy, I grew up on the trails in Rotorua and Planet Bike is the family business, so I guess I was always going to ride a bike,” says Osborne.

“Ryan actually mountain bikes really well now. He’s not the same guy that first came to Rotorua to do some ‘jumps & skids’ but could hardly get off the ground. But what most probably don’t know is we were doing a lot of mountain biking together at the beginning of the year. Ryan is no longer the clean, Auckland roadie.

“XTERRA New Zealand was spiced up this year when he decided to race and created a bit of a headache for me as he was always the danger man for that race. Teaming up at The Pioneer at least now means I will be able to reap some reward for teaching him how to ride on the dirt!”

Sissons has endured a torrid year, but in talking about his desire to race The Pioneer, he points out he has goals to race in the triathlon in Tokyo next year.

“For the last three years I’ve been really interested in doing this race, but for different reasons I wasn’t able to. This year the opportunity arose, and I couldn’t jump at it fast enough. Nothing motivates me more than a new challenge.
“I’ve always enjoyed mountain biking and have been incorporating it into my normal training for the past few years now. It’s a great change to get off the roads for a bit and enjoy some of the amazing trails we have around New Zealand. My focus still firmly lies at qualifying for Tokyo 2020 however, and this is just something to keep me motivated at this time of the year.”

Surprisingly Osborne deflects talk of him being named captain of Team Winger but has conceded that the mechanical repairs are likely to be left to him to solve.
“I think it will be a shared role. I think I’ll take the lead for the more technical pieces and hopefully give Ryan the good lines to follow. But Ryan is a smart racer, so a wise voice to listen to on those mammoth stages.

“Ryan seems to have delegated full responsibility on me for the mechanical side of things. XTERRA is a bit similar in a way, you’ve got to be self-sufficient and savvy enough to jimmy something together on the spot. Hopefully all those years in mum and dad’s shop I’ve picked up enough that will see us through.”

The Pioneer is renowned as an event that will test riders on and off the bike and put friendships under the microscope, with Osborne relying on their long friendship and Sissons liking for a joke or two to ease the tension.

“We’ll get tired, probably have short fuses and hopefully walk away still mates. Ryan is the perfect sort of person to take something like this on with, very professional but there will be endless banter along the way, anyone who’s been around Sisson’s knows he’s a barrel of laughs think that’ll be key to some of those massive days.”

Don’t underestimate the competitive juices of this pair, with both ready to take on a world class field that includes returning champions Michael Vink and Tim Rush, and Aussie Triple Crown champions Brendan Johnston and Jon Odams.

Sissons says the key will be the first few days and seeing if they can hold on the pace at the front of the race.

“We will be going in open minded; but we are rookies at this so it will all be new for us. There is some tough competition but equally let there be no doubt we will be giving it our all to be right in the mix on every stage. Let’s hope the legs hold out!”

Osborne is also excited to see what they can do up against the more fancied pairings.

“We are both competitive guys. Put a number on the front of our bikes and we can’t resist going after it. Ambitious though or not, we know six big days on a bike like this is entering into the unknown for both of us but for sure we will go for it and see where that puts us.”