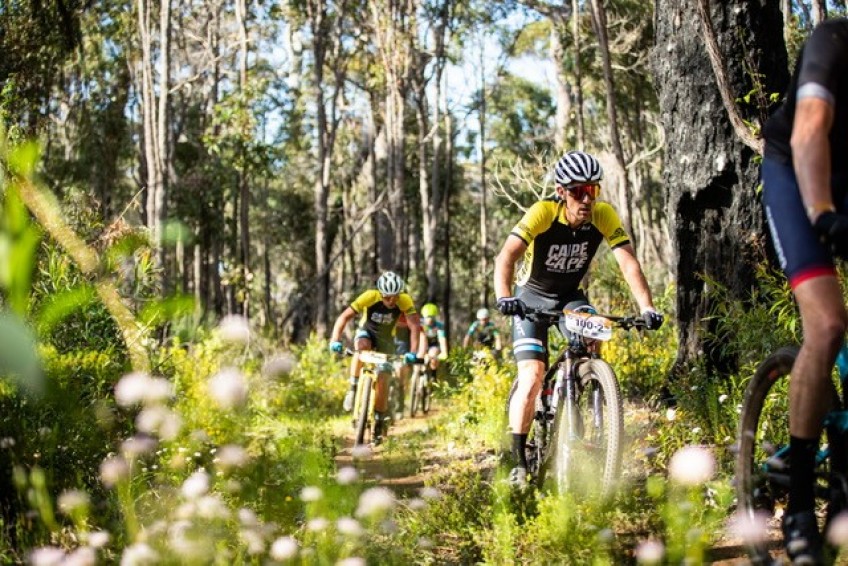 Australian riders will be out in force at the 2019 Pioneer, fuelled by Nutri-Grain, and they mean business with some of their best credentialled mountain bike riders heading across the Tasman for the six-day stage race starting this Sunday at Moke Lake in Queenstown.

The fourth edition of The Pioneer will be the last for now in the Central Otago region, with the 2020 event set to be hosted in the North Island (location to be revealed next week to riders on this year’s event), and it seems a number of Australian teams want the final say over the Southern Alps.

Johnston and Odams bring superb form with them as well as great CV’s. Johnston is a four-time Australian Marathon champion and has eight victories in Australian Epic Series events, notably taking out the triple crown with Odams this year.

“Our preparation has been great. I’ve been able to get in the volume I wanted to, which is crucial for this event,” said Johnston. “I think Jon has really stepped it up also, even throughout the Aussie races his ability to climb with the best has really improved with each stage and event.”

Already Johnston is looking at the opposition and who to keep an eye on, with defending champions Michael Vink and Tim Rush top of a list of quality riders.

“I think we will see who is where after the opening prologue. After that we will have a really good idea of where we stand against the other contenders. We are mindful that the race is won on the final day and not the first climb!”

While they are one of the more recent pairings following the withdrawal of founding rider Mike Blewitt, Sebastian Jayne and Blewitt’s replacement Sam Fox (Team MarathonMTB.com) will be primed and ready to make an impact on and off the bike as they combine dual roles while in New Zealand.

This dynamic duo will be racing near the front of them open men’s category, but both will also be reporting on the event as a composite media team. Sebastian is the digital editor for Australian Mountain Bike magazine and will be reporting daily from inside the race, and Sam Fox will be providing a guest race diary for the international MarathonMTB.com audience. But – these two are also lining up to go fast.

“I just came off the Tour of Southland and some racing in Germany, so the legs are feeling really good,” said Fox. “The Pioneer will be my first long mountain bike stage race, and I’m super keen to see how the legs withstand trying to keep up with Seb!”

"I’m really excited to be hitting the start line of the 2019 Pioneer,” added Jayne. “I’ve had my eye on this race since it begun and have always wanted to experience the New Zealand mountains in a race. I’ve only raced cross-country races in New Zealand and usually flown in, raced for 1:30hr and flown back home, so it’s exciting to be heading out on a week adventure into the mountains.”

As cross-country racers, the two usually have a singular focus: getting around a demanding short course as fast as they can, working just for their own interests. And that changes quite a bit for a race like The Pioneer, where racing is in teams of two and the race times are many hours per day.

“We have high hopes for the race but the experience of racing one of the biggest pairs mountain bike stage races in the world in one of the most picturesque locations will surely make up for any of the tough times ahead,” said Jayne. “A thanks must go out to MarathonMTB and Australian Mountain Bike Magazine who without their help this race start wouldn't be possible.”

The Harris siblings (Team SRAM MTOSS) will be serious contenders in perhaps the most competitive category next week, with the depth in the mixed teams making it hard to pick a podium each day, let alone a winner from the week of riding.

Like Odams and Johnston, Holly and Michael arrive in New Zealand with the Aussie Triple Crown under their belts already this year, taking out the Port to Port, Cape to Cape and Reef to Reef events.

This will likely be their toughest challenge of the year though, with defending champions Joe Skerman and Josie Wilcox (Team JoJo), two-time winners Kate Fluker and Mark Williams (Team New World), Johnny and Haley Van Leeuwen (Team MTBVL Adventures) and fellow Aussies Emma Viotto and Karl Michelin-Beard (Team Shimano Pushys Cannondale) amongst those in contention in without question the deepest field of any category.

In total there are 57 riders waving the green and gold of Australia, amongst an international field that sees 24 countries represented on the start line on Sunday morning.

The 2019 Pioneer gets underway on Sunday December 1, with the first riders away at 8am on the prologue course at Moke Lake, before riders head away on a 441km journey that takes them to overnight camps at Lake Moke, Alexandra and Bannockburn, before the final stage sees them return to the finish line in Frankton on Friday December 6, on the ridge off Hawthorn Drive, overlooking the Kawarau River.

Countries represented in the 2019 Pioneer, fuelled by Nutri-Grain;